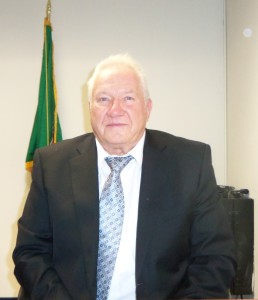 Trustee John G. Peterson has been a resident of Lake Grove for the last fifty years.   During this time, he raised his two daughters, Nicole and Jennifer, with his wife Catherine.

Before his election to Trustee, John Peterson worked 28 years for Grumman Aerospace until he retired while holding the position of Industrial Engineer and Planner. Before he began his career at Grumman, John served in the United States Army in the Armor Division.  John is retired from the Middle Country School District as a Chief Custodian.

John also teaches a defensive driving course and is an instructor for the US Power Squadron teaching Boating Safety Courses. He is also a member of the Lake Grove Lions, an international organization whose main focus is charitable work.